I am a Motion Picture Editor for over 20 Years.

I  currently am a member of the Motion Picture Editors Guild and Television Academy. In 2020, I  won the Daytime Emmy Award for PRODUCING the 5th Season of Amazon's The Bay and concurrently won a 2020 Gold Telly for Editing the feature film, Scared Live. In 2021, I was nominated for a Daytime Emmy award for producing.

Not only have I worked on over 150 feature films, but I am presently editing the Emmy Nominated Ryan's Mystery Playdate (90 Episodes). I was the lead editor for 76 episodes of Nickelodeon's Emmy Nominated hit series Mutt & Stuff and 7 episodes of Amazon Studios' Sigmund And The Sea Monsters, produced by the legendary filmmakers Sid and Marty Krofft. I am currently the Visual Effects Supervisor for NBC/UNIVERSAL'S Punky Brewster TV show, Amazon's Bippi's Treehouse, Disney's Coop and Cami Ask The World, and Jim Henson's/Disney's Earth to Ned. I recently edited and post supervised Universal Studios' theatrical western film Justice.

I am the founder and co-owner of the award-winning Hollywood/ Los Angeles based post-production studio, Quest Pacifica LLC, a company specializing in 20 years of motion picture editing, sound, color and visual effects for film, online streaming and television. In 2022, Quest Pacifica was awarded #585  in INC 5000 Magazine as one of the fastest growing private companies in the United States and in 2021, they were ranked #1157. Quest is a TPN compliant and certified facility.

I continue to work in the gaming industry for the XBOX 360, XBOX One, Play Station and Nintendo platforms.  I have contributed visual effects for Activision's Call of Duty: Elite, Sniper Ghost Warrior 3 and Friday the 13th: The Game. I also was a producer on the award winning game Zumba: World Party which mixed live action using Pre-Visualization and Visual Effects.

I have worked in production and post production for over 10 years with the US Army, SOCOM, US Air Force, Department of Defense and the Pentagon on many video and media projects.

I joined the Los Angeles Kingsorganization in 2017, operating the Video Replay System for the Referees and Officials at all home games. I currently still work  the NHL in the 2020 hockey season by controlling the HAWKEYE camera system to determine goals, assists, penalties, and offsides for the LA KINGS. 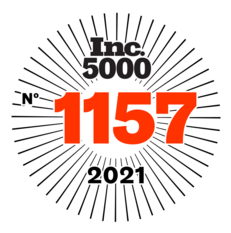 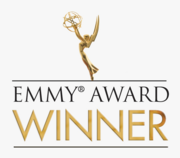